“I need this dress! Exciting mystery with interesting, exotic characters, and did I mention the dress?” 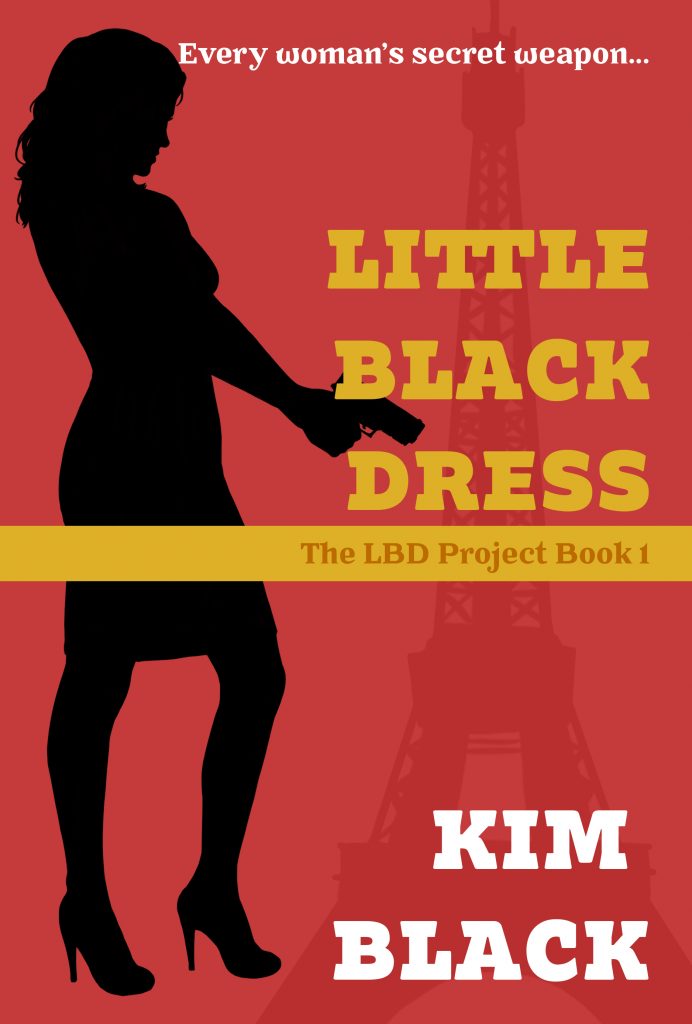 “This heroine is too much fun! Love all the twists and turns. It’s a fun ride.”

She had never been one for bars or nightclubs, but how else was a good girl like Evan Tyler going to find a bad boy in Paris?

“How many in your party, Mademoiselle?” the host repeated in English when his initial question in French brought no immediate response.

“Jus’ mysay-elf,” she answered with a diphthong more suited to Paris, Texas than Paris, France.

The thin man looked at his tablet and then shot her a pitying glance over his Poirot mustache. “Without reservations, I can seat you at the bar.” He stared as if he had asked a question, and Evan got the distinct impression that he hoped she would reject the offer and leave.

“Merci.” She matched the lilt in her voice with a dip in her step as she followed him through the Pub Saint Michel. Her heart pounded as she climbed the neon-treaded staircase, or maybe that was just Daft Punk’s “Digital Love” pumping through the sound system. The nightclub smelled like old wood, lemon oil, cigarette smoke, and trouble.

Keep your chin up, the little voice in her head whispered. Project confidence. You can do this.

Evan felt conspicuous; a misfit in a dark room crowded with couples sharing designer drinks and easy conversation. The black leather booths on the street level were filled, but the upstairs bar still had a few empty seats. She nodded to Moustache and took the center stool.

Her electric blue strapless dress hugged her curves and usually drew a response, but no one here bothered to notice. She tugged at the purse strap on her bare shoulder and tapped the toes of her three-inch heels on the brass footrest. She resisted the urge to check her lipstick in the mirrored wall behind the bar. You look fine. Take a breath.

“American?” the barman asked. He was taller than Evan, with a strong square jaw and shoulders to match.

“Yes, sir. How did you guess?” Evan nodded, pushing a loose auburn curl behind her ear.

“May I get you a Cosmo? Or maybe a Mojito?” he said with a broad smile.

He nodded and turned away to work.

She considered all the things she’d given up over the last few years. She had traded the glamour and pay of a modeling career for one that required extensive travel and, among other things, the forfeiture of any real relationships. For a split second, she missed home.

She couldn’t honestly say that she loved her work, but Evan knew that she made a difference, and for now, that was enough. She had worked hard all day, and tonight she just wanted to find a man.

She used the bar mirror to scan the room. The tables behind her held couples and threesomes, speaking French, Russian, Italian, and English. Saint Michel was popular with both locals and tourists. Most were looking for love, and a few were looking for trouble.

To her left, a large arch-topped window overlooked the bustling street below and the Seine River just beyond. To her right, a man sat alone in a shadowed booth. THE man.

He was perfect, she thought. Mid-forties, slim, but not athletic, gray at the temples, decent looking. He grinned in her direction.

The barman slid the drink in front of her, and before she could thank him, he pointed to the man in the corner. “Compliments of Monsieur.”

“Merci.” She turned her barstool and made eye-contact with him. She raised her drink and smiled.

Don’t mess this up.

He looked her up and down with eager eyes. With his gold-ringed pinky, he gestured to the seat across the table from him.

She inhaled every particle of audacity from the air and stepped down from the barstool.

“Please join me,” he said with a sharp Eastern European accent. “Good evening.”

Evan set her drink on the table and took her purse in hand as she slid into the booth seat next to him. “It is a good evening—for me.”

His grin broadened, and he looked as if he was about to say something clever, but as soon as he felt the muzzle of Evan’s .40 caliber Springfield in his ribs his face turned ashen, and his hands began to tremble.

“I’ve got him,” Evan whispered.