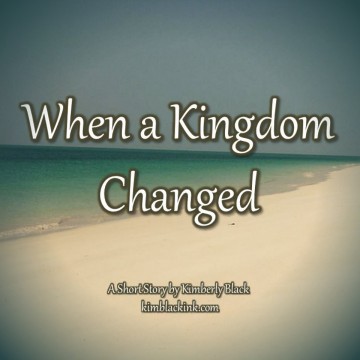 Once long ago there was a kingdom whose people worshiped a horrible god made of stone and metal. His head was that of a great sea creature, and he had arms that stretched out before him. The priests to this god built a large furnace within the idol’s hands that would turn them blazing gold when it was lit.

The priests required all true followers of this god to sacrifice their firstborn, by placing their infant children into the searing grasp of their lord. The priests explained that the screams of the babies were, in fact, their prayers rising to the god’s favor. Whenever they made any significant request of the priests or the god, they were asked to sacrifice again. Often another babe. The huge metal deity seemed hungry for innocent flesh and blood.

As the people offered their own children to the graven beast, their kingdom became richer and more powerful than any other within the land. The people were desperate for more—more gold, more power, more of everything—no matter the cost.

The people of this kingdom had long given up tender ways of humanity. They treated each other harshly, as their hearts had naturally hardened after so much sacrifice. They cheated their neighbors. They lied and stole. They sold themselves and each other. Everything was fair, because if one was caught and asked to pay a price, they simply offered another sacrifice of blood and bone.

They treated their enemies even more cruelly. They were known for torturing prisoners with whips and fire. Blinding them and dragging them behind horses, using leather straps and hooks through their Achilles tendons. Once their enemies had died, these civilized citizens would sacrifice the flesh of the defeated on the altar, and pile the empty skulls at the city gates, as a warning to anyone who dared to attack. Few did, and they failed.

One day two warriors from this great kingdom were at a port far from home when they saw a sight that astonished them. At the edge of the sea a huge fish had washed ashore.

“Of course!” said the other.

The mighty men ran to see what this sign could be. As they neared the shore, they saw the fish spasm and writhe, and then they witnessed a miracle. A man rolled out from the beast’s mouth. The great fish released a sudden gush of water and slime after the man, and then the fish disappeared back into the sea. The regurgitated man was alive. He struggled for a moment, then stood.

The warriors fell at the feet of the holy man and began to chant the prayers of their god.

“Take me back to your city,” the stranger said as he gulped in fresh air. He looked to the sky with a sad pleading expression.

The warriors got back to their feet and after a night of food and sleep, they escorted the stranger across the countryside back to their empire. The journey took weeks, but the warriors were eager to show their king the holy man they found. The men were proud to usher him through the massive city gates.The stranger seemed to shake as he passed the monuments of human skulls on either side of him.

“Shall we take you to our priests? To our king?” they asked.

“No, go back to your homes. I will find your leaders soon enough.”

The men did not return to their homes. Instead they rushed through the streets telling everyone they met about the miracle on the shore. Before an hour passed, the stranger was surrounded by citizens demanding he deliver the message from their god.

“I am not sent by your god,” he finally answered them. “I am sent to you by the Creator of the Universe. And yes, He does have a message for you.”

The people wanted to hear more. The crowds grew larger as the stranger spoke. “The God over all gods demands that you turn away from your wickedness. If you do not cast-off your sin, in forty days this city will be overthrown, delivered into the hands of your enemies, and not one stone will be left upon another.”

“What must we do to be saved?” the people cried. But of course they knew. Deep within their icy hearts they knew what the stranger was going to say.

“You must never shed innocent blood again. Not in anger, not in a bargain, not in sacrifice. You allow your children to die in exchange for power and riches, and you allow criminals to profit from the weak among you. Truly, you are all criminals.” The stranger shook his fist and the people trembled. “Your god demands blood, you say, but you bite and devour each other. It is you who thirst for blood. You do not sacrifice out of love for a deity, but from your own selfish desires.”

The warriors who found the man on the beach fell to their knees, and the crowds followed. “What shall we do? What does the God of gods require?” one called out. His voice boomed over all the others.

“The Creator despises lies, and He will see through false words. He exposes truth. He knows the secrets and desires of your heart. You cannot deceive Him with empty promises. Your destruction is at hand!” The stranger raised his arms over the crowd, and the people began to weep.

“There must be a way to appease this God. There must be hope if He sent you to us,” they wailed. “Tell us. We will change.”

“Change you must. Change or perish!”

As the crowds listened for instruction, the stranger lowered his arms and walked away. The people sat in the street, staring at each other for several minutes before standing. Their eyes still shining with tears, they began to reach out and take the hands of those around them. They murmured vows and wondered.

As the stranger walked toward the palace on the hill, the first crowd scattered. People hurried to tell others what the messenger said. Within hours the whole city buzzed with the stranger’s warning.

The man spent three days proclaiming the city’s imminent destruction. At last he stood within the palace walls. When he delivered the warning to the king, he appeared to expect defiance and a death sentence. Instead the king rose from his throne and fell on his face at the stranger’s feet.

He tore his robes and scraped the dust from the floor over his head and face.  The king knew right away what changes had to be made. He had offered up three of his own children to the idol’s hands. He remembered the screams of each babe. He still heard those screams in the silence of sleepless nights. To become rich. To become king. To win a great battle.

“Tear down all the idols. Quench the furnaces. Bury the remains of our enemies as we have our honored dead,” the king said. His first attendants scurried away to do as he declared. “We shall not eat or drink for three days. We will spend our hours in mourning and prayer, and perhaps your God, the Creator and God of gods, will see our hearts and relent.”

“Forty days,” the stranger warned again. “This city will be destroyed. God the Creator will not be deceived.”

The king crawled and begged at the stranger’s feet. He choked on his apologies. He wept and clung to the man’s robes. “Please,” he moaned. “My people know your people. We have been cruel to you and have mocked your God. But we have heard the stories of His wrath. We have seen the scattered bones of His enemies. We will change. Tell your God that we will change.”

The holy man had a smug expression fixed to his face. “My God will reveal all. He does not spare His own people when they rebel, and he will not suffer His enemies. In forty days your fortress here will be leveled to dust.”

The king watched as he walked away. His heart was cut and raw. As he climbed back to his feet, his counselors raced away, eager to make the king’s decrees known.

The king and his wife spent an hour in prayer and mourning, and then they went out to the palace gardens, dressed in the lowest servants’ rags. They took their places on the ground, prostrate in prayer to a God they had never before honored. They cried out in pain and regret—honest regret. They wept for the children they had lost. The children they had murdered. The king allowed his heart to break, and for the first time in years he could see the pain in his wife’s eyes. He couldn’t remember the last time he had looked into her eyes.

His vast army of warriors lay beside him in the dirt. Broken. Weeping in prayer. Begging for forgiveness. For three days the whole city fasted and cried and prayed. The giant idol was pulled down. The temple was emptied. The roads were filled with people in prayer.

At the end of the third day, the king and his wife went back to the palace and ordered an assembly of all the people of the city. Someone from each household attended, and the king prepared to speak. As he stood on the terrace, overlooking the magnificent city he had helped to build, tears filled his eyes. “At what cost?” he whispered to himself.

He looked up to the hillside just beyond the city gates, and for a moment he thought he saw the stranger, sitting under a tree, waiting for the calamity to commence. At that thought, the king once again knelt to the true God and prayed. The people in the garden below did the same.

“We cannot know if we will be delivered from the wrath of God,” he said as he again stood before his people. He searched their faces and saw in them the same fear and regrets he felt. “If we are faithful to our vows to change…” He choked. His heart ached. How could he deliver this speech when he was among the greatest of offenders?

“We must be faithful to our vows to change, regardless of what comes. We must change. We must lay down our pride and selfishness. We must give up our lies and deceit. We must put away our idols and honor the God of Creation. We must take care of our families and our neighbors. If we do not change, we will be destroyed utterly. Without change, even if the Creator does not destroy us, we are well on the path to destroying ourselves.”

Want to know more? This story was inspired by the book of Jonah in the Old Testament of the Bible. I have felt compelled to write it after hearing, seeing, and reading so many tragic stories happening every day.

2 thoughts on “When a Kingdom Changed” 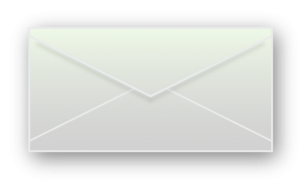 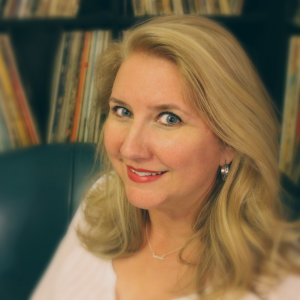